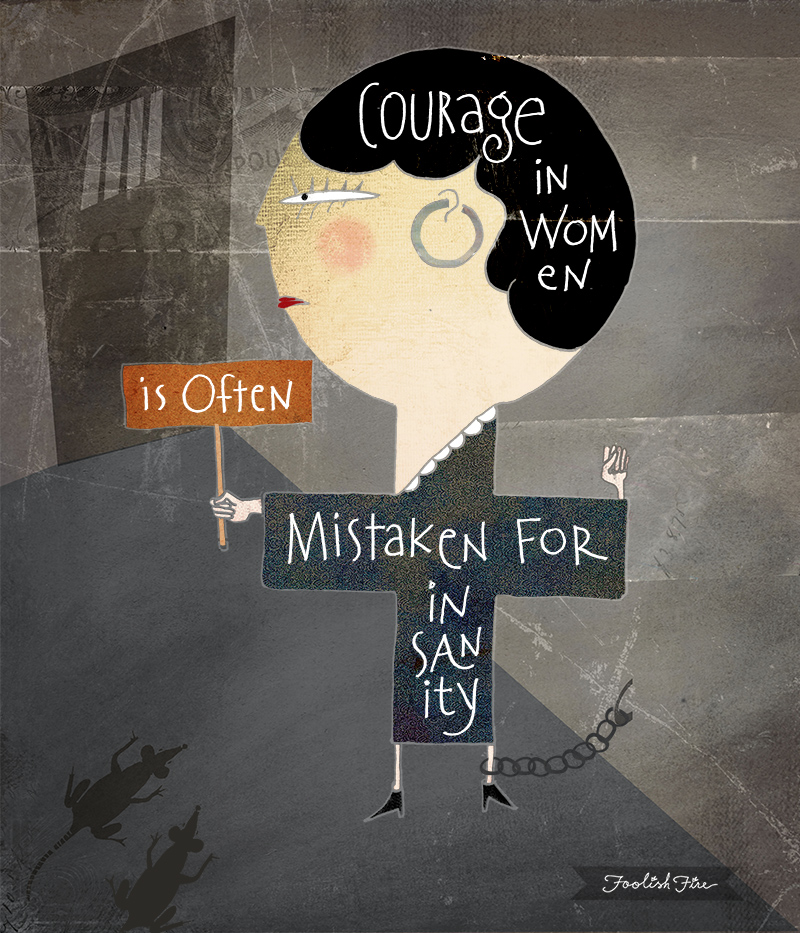 This quote is attributed to a psychiatrist who examined a little-known suffragette named Alice Paul in 1917, after she was arrested and imprisoned for protesting in front of the White House. Paul and a small group of women were charged with obstructing traffic and not only imprisoned, but beaten and chained to their rat infested cells.

Paul staged a hunger strike which resulted in her being moved to a sanatorium, where the aforementioned psychiatrist examined her. During the press conference that followed he was asked if he thought Alice Paul was insane. He replied, “Courage in women is often mistaken for insanity.”

Those words inspired a public outcry which eventually convinced Woodrow Wilson, until then anti-women’s suffrage, to support legislation which eventually led to the passage of the 19th Amendment in 1920.

For you lettering and design types…not that you asked but all three of these quotes about courage started out as sketchbook drawings. Working outlines were done in pencil, then inked, scanned, cleaned up and brought into Photoshop.

3 thoughts on “The third quote about Courage: “Courage in women is often mistaken for insanity.””