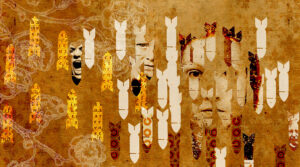 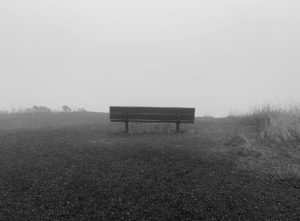 A Walk in the Park

A lot of us have taken to the outdoors to maintain some level of pandemic sanity. Here’s a little ode to my go-to sanctuary, fortunately just a few minutes from where I live. The complete photo essay is here.

The Eagle has landed

A preview of a book that will be published later this year on a Golden Eagle named Amazon. Illustrations were all done on my new iPad Pro using Procreate, a $10.00 app I can only describe as life altering. These pieces will appear on the inside of the book which are being printed in grayscale. 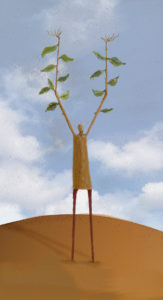 There are those right now who are asking us to be bigger people. Us as a country, as a society, to be bigger. To expand, to embrace a bit of discomfort, to open up, breathe deep until it hurts, stand up taller until we feel our spines unfurl, look around longer and harder. At our own communities, at our own neighborhoods, open the locked drawers where we harbor doubt, … 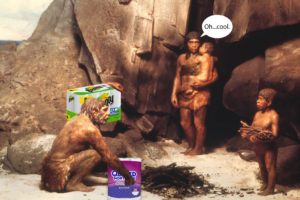 Sourcing TP: A Tale of Conquest

As an American I have a right not to run out of anything, dammit. Apparently that’s my default. Because the prospect of running out of something as fundamental to our happiness and survival as toilet paper—or as I now call it PHE (personal hygienic equipment)—triggers certain primal instincts. Plus, who can’t use another cool acronym right now. Thus, after my wife come up empty looking for PHE at Costco, … 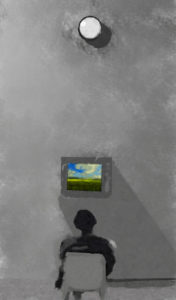 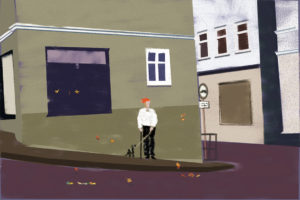 To get to the trail where I walk a few days per week I have to drive through downtown. Since the shelter in place order, I see a few individuals, an occasional couple, mostly walking their dogs. Certainly no groups of three or more anymore. We’ve become, at least temporarily, a society of individuals. And even though in the end that is our true endemic state—we are after all … 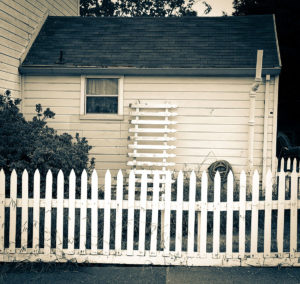 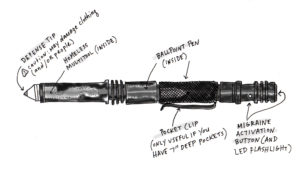 The Tactical Spy Pen: A Review

They say the pen is mightier than the sword, and especially so when the pen is also, in fact, a very small sword. Which makes it not only mighty but tactical. Apparently. I get about 2,000 spam emails a week with the word “tactical” in the subject line. I’m not sure why, I don’t recall ever having searched for anything remotely “tactical”. But the spam-verse in its infinite wisdom … 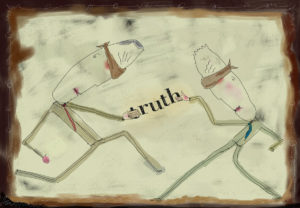