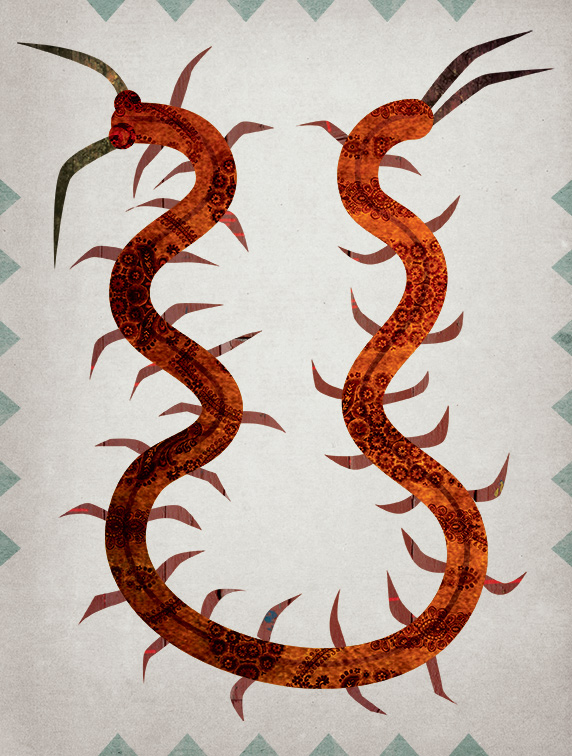 While not exactly a “jungle” creature per se, the African centipede does conjure up vivid memories of my time in East Africa, and in particular one sleepless night spent after a freak dry season rain squall, when all the beasties that sequestered themselves when it’s hot and dry, came out to play…in my mud hut. All night. So along with a 10″ long centipede (which like most animals in Africa is abnormally huge and inflicts a nasty bite), I was also visited by some kind of bat that I noticed when it crawled down the mosquito netting over my cot, a large frog (not scary and about the only thing I felt able to dispatch from my hut myself…), a grass rat (an African rat the size of a cat), and a Rhinoceros beetle.

More Africa tales in upcoming posts, most featuring the indigenous animals you don’t read about in the guidebooks or see on safari. Hint: since then I’ve gained huge respect for Porcupines.