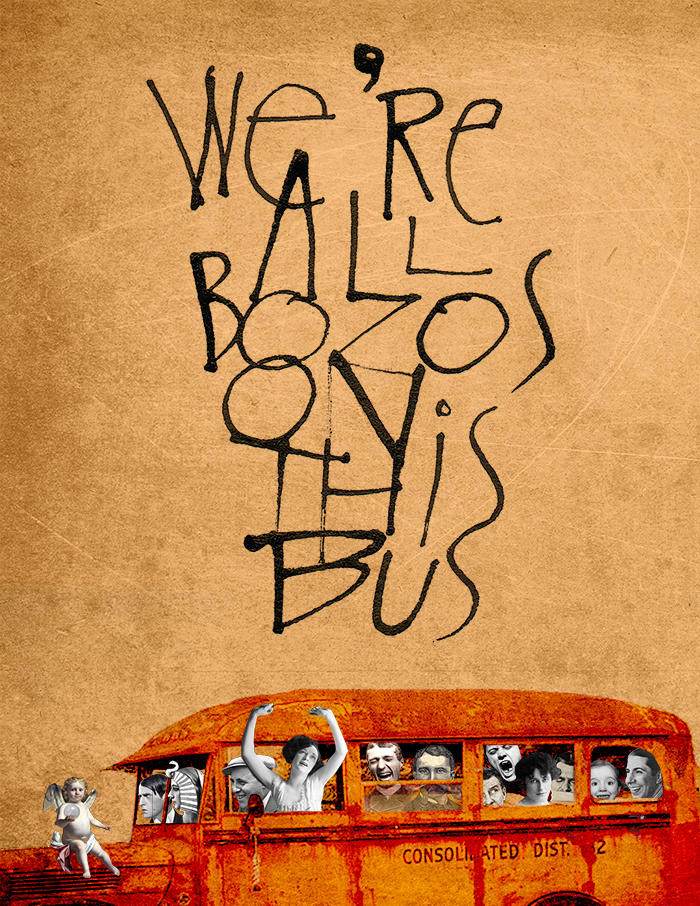 I often get titles of things stuck in my head before I even know what the hell the thing is. Case in point…this possible short story, essay, novel, poem or whatevs.

Actually, I’d probably get sued if I did use it because it’s the name of one of the Firesign Theater’s albums published back in 1971. So as fun as it was to design, it’ll most likely stay as a non-commercial, pre-cog cover to some unfinished piece of writing…thing. But that’s okay…love the quote and if it moves ya, sometimes you gotsta just go with it.

If you’re interested, the lettering part was done with a bamboo pen and india ink on watercolor paper, a technique I’ll probably use more often.